He's trying to kill me.

How do I get The Boy to fuck off with the scents? He puts so much laundry detergent in the wash that the drained water comes out blue. You can smell it all over the house. Even before I smell it, I can feel my head filling up and my throat closing off.

Just when you think it is over, he puts his clothes in the dryer and the stench starts all over again. Oh, and just one more insult, before he leaves the house, he has to douse himself in Axe.

I literally, cannot breath. I would kill a puppy (or Michael Jackson) for a SARS mask right now.

"It's not that strong." he says, "It's all in your head." he says. "Maybe your just getting a cold, ever think of that?"

Is it all in my head? Am I getting a cold? I think not. Especially when if I step outside for 2 minutes, my sinuses drain.

I know what you are saying, "Get the scent free stuff."

Email ThisBlogThis!Share to TwitterShare to FacebookShare to Pinterest
Labels: The Boy

I always look forward to the performances of the best song nominations.

The nominations for Achievement in Music Written for Motion Pictures (Original Song)are:

What can I say. Not even Disney could come up with a song I can even remember 5 seconds after it was over. Even though all through the songs I was wishing they were. Over, that is. Except perhaps "So Close".

They weren't so much bad, as they were forgettable. Certainly no 'My Heart Will Go On' or Schindler's List Theme so I just couldn't be bothered including a clip or link. You can search on uTube if you like. But I can't bring myself to listen to them again.

Ok, I might was well include a link, since I have nothing to do while I wait for the obligatory dead-guy montage. (How much you wanna bet Heath Ledger gets the end credit?)

And the winner is?

If a tree falls in the forest...

"Thank you for calling the Undisclosed Internet Service Provider™ my name is blah blah blah..." 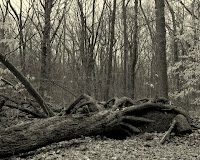 "We had a guy here that tried to set up a router for us. He couldn't get it working so we scrapped the whole setup."

"Ok, how can I help?" Since we don't support routers.

"Well after he put the computer back directly on the modem, we couldn't connect."

Three minutes later, I had the computer online. He set a static IP for the computer and all I had to do was set it for automatic. Simple. Thanks for calling, right?

"Ok, but this all happened two weeks ago. Who do I speak to to get a credit for the last two weeks?"

"Did you call in two weeks ago?" As I check the notes to see if someone somhow missed this obvious fix?

"No, I didn't' really have time, this is the first time I called."

How do I respond to this? "But your service was working, I can't really give you a credit."

"Well no, I didn't have service for two weeks. I shouldn't have to pay for it."

"Let me put it to you this way. You wouldn't get a credit for cable service, just because you didn't turn your tv on. The service was there, you just weren't using it."

"I disagree, I want to speak to a supervisor."

"I can still move my eyebrows. How many men can say that?" - Jeff Lewis, host of Flipping Out on HGTV

Have i missed some sort of evolutionary regression? I don't remember learning that in school. Did you? I have 4 brothers, many nephews and I am pretty sure every last one of them can move their eyebrows.

What kind of an alternate universe does this guy live in?
Posted by Evel at 21.2.08 3 comments:

A review of Jessy's Pizza

I thought I would try the new pizza place that opened up at the end of my street. Jessy's Pizza.

I should have known I was in trouble when I asked for a small combination and the girl gave me a blank stare, "What do you consider combination? The works?"

"Ok, it's different for everyone."

Ah, no. That is when I realized this outfit was not from around here. If you say 'combination' here it means pepperoni, mushrooms and green peppers.

But I am committed now, I am determined to give them one shot.

Next warning sign was when she told me it would be done in 10 minutes. This tells me that they are using those awful conveyor belt ovens. Yuck.

But how was it?

I open the box, WTF? They didn't put the cheese on top so there was no retention of the juices. The mushrooms, (I am assuming they were mushrooms, only through process of elimination) were dried out and tasted like paper, ditto for the (shredded) green peppers which I identified purely from the color. I was so disappointed that I didn't even notice the pepperoni. All I can say for the sauce is one word...Ketchup.

If you are going to come into Pictou County you have to know two things.

1. Cheese goes on last. It holds all that shit together so it all doesn't fall in your lap when you try and eat it. With the possible exception of bacon, it sticks to the cheese.

2. Pizza sauce is rarely ever actually red. And if grease isn't rolling down to my elbow, I feel cheated by the whole experience.

I felt cheated by the whole experience. Jessy's pizza was a disappointment. But so is Greco for me but I do like their donairs, so I will give Jessy a shot at making me a donair next time.
Posted by Evel at 18.2.08 5 comments:

Email ThisBlogThis!Share to TwitterShare to FacebookShare to Pinterest
Labels: So where are ya from?, WTF?
Third time's the charm.

The Bride is at it again. 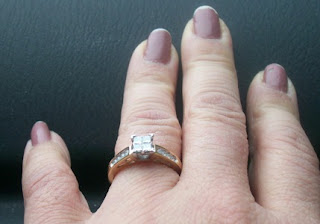 Email ThisBlogThis!Share to TwitterShare to FacebookShare to Pinterest
Labels: The Bride

It's a no-brainer, right?

A new production of A Raisin in the Sun, a made for TV movie, will air February 25th on ABC.

The role of Walter Lee Younger was originally played by Sidney Poitier in the stage play as well as the 1961 film.

So, who could they possibly choose to reprise such a role?

Why P-Diddy, of course. 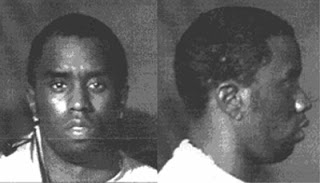 I am thinking he has something to do with the production.
Posted by Evel at 10.2.08 1 comment:

What the hell did he just say? Sounds like the conversations we used to have after a particularly great batch of brownies was passed around.
Posted by Evel at 10.2.08 1 comment:

Because of this news story...I felt I should repost a previous rant.

Got into a debate the other night about the Mayor of one of our towns refusing to fly the Gay Pride flag on the town hall during pride week.

Potsie and I were sitting outside smoking with 'Don'. "It's just a stupid flag. What's the big deal?" The mayor didn't think it was appropriate to fly it on the town hall building, frankly neither do I.

Don pipes up, "What if they said that during the Million Man March, told them they couldn't fly their flag." I don't even think they had a flag.

ME: "Are you seriously comparing the Million Man March with Potsie's desire to 'take one for the team'?" Potsie is busting a gut.

DON: "Well it's their community...legal rights..." 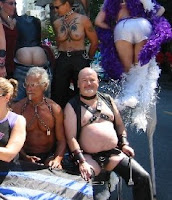 ME: "Oh please! Have you been to a gay pride parade, nothing says 'legal joint tax return' like a big harry guy in bondage garb.

The only thing that makes Potsie here any different from any other human on the planet is his sexual preference. WTF? Why does he get a flag?

Look, I really don't give a shit who you love, live with, fuck, whatever. But where does it end, do we have to fly the foot fetish flag? Or the wife swapper flag. What? All they have to do is organize a parade and they can plaster the government buildings with flags?"

Don is just shaking his head. Potsie is in stitches.

ME: "Where is my Heterosexual, Fat Chick, Missionary Position Flag? That's what I want to know! How come I don't get a fuckin' parade?"

POTSIE: "We had a meeting but the Mayor vetoed it." 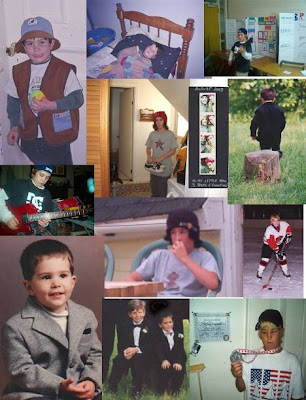