Let them shit in the woods. 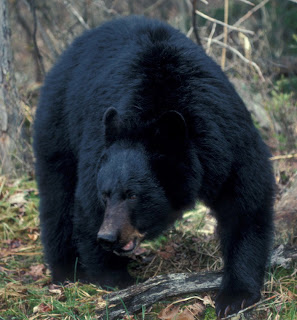 My brother has a bear. Not by choice, he didn't invite the thing to his house, but there she is anyway, with a baby, eating his compost bin.

I have seen it. I am not impressed, I avoid their place like the plague.

He is at the point where he has to drive his kids to school because they can't wait for the bus,the bear is there, just walking around.

He called the Department of Lands and Forests, they came up and shot it with rubber bullets. WTF? All that did was piss it off.

So then they tell him to just not compost (which by the way is against the law here). There's a solution, get rid of its food so it will come closer to the house and perhaps try and get in.

"Get yourself a gallon of anti-freeze." I say.

"What? You douse the compost and 12 hours later the bitch is in a coma in the woods somewhere. Problem solved."

"What about the baby?"

"He'll probably eat it too, they die together."

So far, they have not tried the anti-freeze thing. I offered to do it for them, but they balked.

If it were me, I would call the Lands and Forests and say, "There are two options for this bear. Either you come and take it away, or it dies. Your choice." Either way, I would not be dealing with a bear.

What? Are they supposed to wait till one of their kids gets mauled by this thing?
Posted by Evel at 29.5.08 3 comments:

I hope I can chew what I have bitten off.

Recently I have been doing a bit of advertising for a local publication which got me interested again in Photoshop. I tried this once before and abandoned it after a few weeks.

If you have ever used Photoshop you know, it is a cool program but has more buttons and features than any human should have to learn to work.

Luckily I have found video tutorials that are making it a bit easier to learn, but there is still so much. For instance, one CD has 23 hours of instructions on just two of the features.

Big ole' slap in the face.

I go to the local gas station to pick up a pack of smokes. As I am paying the kid behind the counter, a sign catches my eye.

"We check ID for anyone
who appears to be
under the age of 35."

I point to him and say, "What is that? You check everyone under 35?"

"Ya, the province says 25, but the Undisclosed Big Time Oil Company™ checks everyone under 35."

"So, I should be insulted."

Email ThisBlogThis!Share to TwitterShare to FacebookShare to Pinterest
Labels: old age
I just don't have the bone structure for it.

I think it is safe to say I would never make it in the sex industry. My knees could not take it.

I started laying the new floor tile in the kitchen. Demo was lots of fun, I really enjoyed the tearing shit apart but once I was on my knees...holy crap. 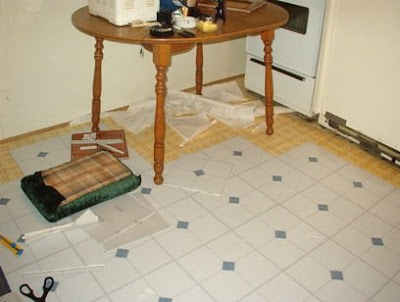 I could lay about 5 tiles before my knees started screaming at me. Even the cushion didn't help. 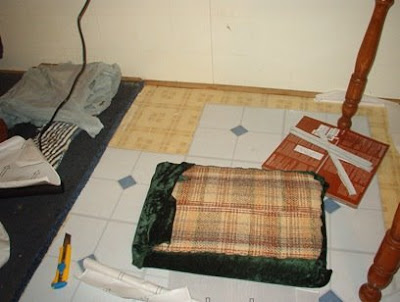 Don't even ask me how I am going to move that fridge and stove. 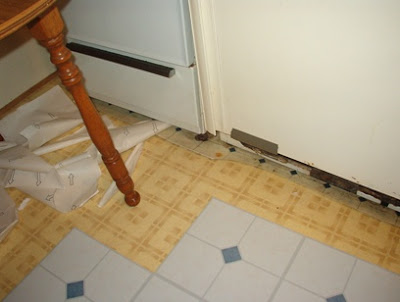 I have three days off....I think I might need it. 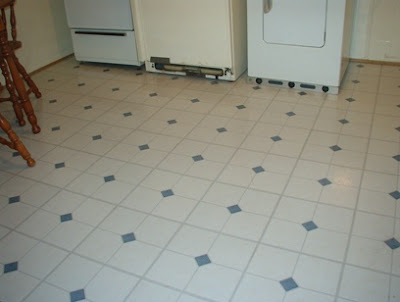 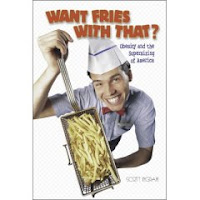 How hard could it be?

During a break from trying to learn Photoshop CS3, (11 hours straight) I was checking out eBay and thought I would click on 'sell and item' just to see how hard it would be.

Guess what? It ain't. Check out my first 5 items. 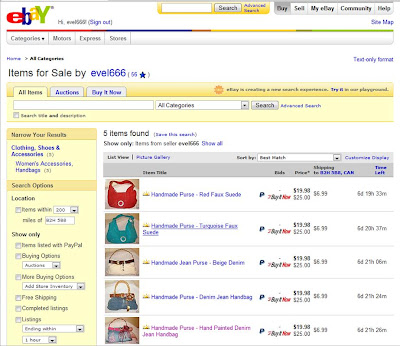 These are amazing purses that my sister makes herself. She is the crafty one.

The Boy is back in the will.

The Boy just showed up with coffee, donuts, and this...

Email ThisBlogThis!Share to TwitterShare to FacebookShare to Pinterest
Labels: motherhood, The Boy
Happy Mother's Day Everyone!

This is my mom, circa 1975 at one of my little brother's hockey games. We made her remove the purple hat but she still had a cow bell in her hand.

It will be interesting to see if The Boy even calls me today.

Went out to my brothers to have lunch with my mother.(lobster...mmmmm)

But hey, Happy Mother's Day to me! This is my new monitor. 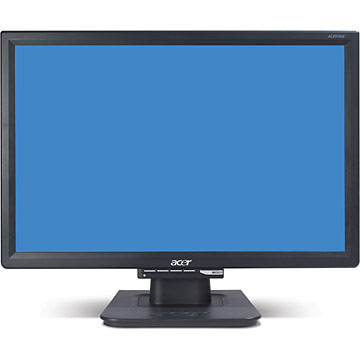 An Acer 20" Wide-Screen, love it. Do I feel guilty that The Boy has a crappy 17" that turns green on occasion?

Email ThisBlogThis!Share to TwitterShare to FacebookShare to Pinterest
Labels: motherhood

Doing my part for Mother Earth.

Since all the celebrities say I should, I have vowed not to let my carbon footprint crush the earth under its heal.

From this day forward:

I will refrain from driving a gas guzzling SUV or a Porsche or a Ferrari. Not that I actually own any of these but, the fact is, I will still refrain.

Under no circumstances will I be taking my private jet on short jaunts to the Riviera. I will just have to settle for lemonade on the deck with the cats.

I will recycle absolutely everything. Even though using recycled materials creates more pollution than it would to produce the same product using the natural recourse to begin with, since there are 6 extra processes involved as well as 3 extra trucks on the road to collect all that shit.

I will not buy Beluga Caviar out of season. Since the shipping alone will punch another hole in the o-zone.

I will insist that my servants come only from this country as to offset the cost of fuel to have a coyote truck them in from Tijuana.

I will donate the extra forty seven million in my bank account to the Kenya Reforestation project. (I do what I can)

You know what? I am sick to death of celebrities telling me that I need to reduce, reuse and recycle when donating the cost of one of the upteen botox/spa treatment they enjoy to plant a tree in Kenya would offset a hundred regular-folks carbon footprints.

It appears they just make this shit up.

How many American's know that there is no specific law that says you have to pay income tax? How many know that none of that money collected goes to any social services you may or may not enjoy?

How many American's know that the Federal Reserve is about as federal as Federal Express? Both are privately owned entities.

It's amazing what people will put up with in the name of patriotism.
Posted by Evel at 7.5.08 No comments: 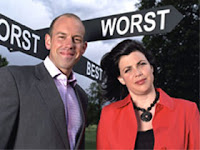 Apparently my home town ranked 151 out of 154 of the best places to live in Canada.

So, there are only three worse places I could live.

Thank god I pay taxes to be told I live in a crap hole. Otherwise I might never know.
Posted by Evel at 1.5.08 1 comment:

Email ThisBlogThis!Share to TwitterShare to FacebookShare to Pinterest
Labels: I AM CANADIAN, So where are ya from?, WTF?
R.I.P. 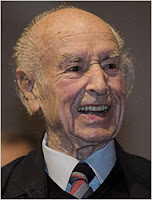 Albert Hofmann, the Father of LSD, Dies at 102.