Seriously? Do people fall for this shit?

Email ThisBlogThis!Share to TwitterShare to FacebookShare to Pinterest
Labels: rant

Stick a fork in me. 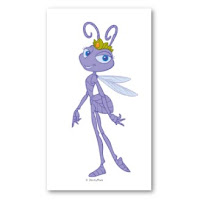 Have you heard? Prince William is getting married.

I don't know about you, but I could give a sweet fuck. However, apparently because I am Canadian, the press seems to think I am consumed with a passion to know every single detail of the upcoming nuptials.

I can't get away from it. Wonder what dress she is going to wear, what hat, what shoes. What will she eat for breakfast that morning. It has been going on all month and you can tell now that they are running out of things to speculate about.

I fully expect to turn on the TV today to an investigative report on the possible insects that could irritate the future princess.

We had some technical difficulties and the manycam was not working so Buffy didn't make the recording, only audio, but it turned out all right I guess.

I was entertained and that is the main thing...after all, it IS all about me. LOL
Posted by Evel at 25.4.11 No comments:

Email ThisBlogThis!Share to TwitterShare to FacebookShare to Pinterest
Labels: elixir

So, last post I told you about the show I was doing on ElixirTV...I am still doing that, but with another co-host. Cindy was nice, but too nice. I think I need someone with a thicker skin. When she was having fun, I wasn't and vice-versa. So, we parted ways and now I am going to do a new show (same time) with Buffy. She is a fellow Canuck and I met her through her boyfriend who I work with. So, she knew better what she was getting into, not like Cindy.

The new show is "It's EvelHawt...eh?" (her nick is HawtAngel) should be fun.

I did sorta feel bad for Cindy, she really had no idea what she was getting into, but then again some might say she was just not paying attention. Had she visited this blog at any point she may have deduced that I was not the warm and fuzzy type. I pretty much say whatever the fuck comes into my head at any given time. I stew over nothing. My philosophy is...If you piss me off and I say nothing...then that is totally on me. However, when (not if)I tell you that you are pissing me off and continue, then we really have a problem. So, if at any point in time you are unsure if I am pissed off at you? Don't be. (well...unless you are The Sister..but that's another story) 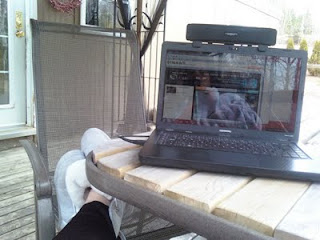 Anyway, today I am finally outside in our new gazebo, enjoying the first really nice day of spring. Long story short...I was sure God hated me. I bought this nice gazebo so I could sit outside without the bugs. (I am NOT a bug person) Seemed like as soon as we got the stupid thing off the truck it snowed. After about a week, we finally got it setup and since then it has snowed twice more and when it was not snowing, it was raining.....sideways.

I may have slept though half of this beautiful day had it not been for my brother showing up at an ungodly hour this morning...but since it is such a beautiful day, he can live.
Posted by Evel at 23.4.11 No comments:

Email ThisBlogThis!Share to TwitterShare to FacebookShare to Pinterest
Labels: I AM CANADIAN, nature, vaping

So...my plan was to update (chronologically) what happened while I was not blogging over the last year.

That is not working out.

On to Plan B. I guess I will just go back to blogging as the spirit moves me and you will just have to deal with flashbacks and forwards. 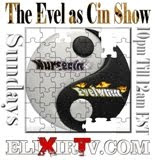 Newest thing happening with me? A few months ago I started doing a vaping show with another girl called The Evel as Cin show on ElixirTV. (the other girls name is Cindy...get it?) Anyway, ever since I started vaping over a year ago, I have been all about the vaping. Found this webcast channel sponsored by a vaping vendor (great place to gather info, face to face as it were) and eventually we got our own show.

Check us out on Sunday nights 10pm EST. ElixirTV has shows 7 nights a week (and a lot of daytime activity as well) so there is always someone there to answer any questions you might have about electronic cigarettes and vaping in general. Not to mention all the free stuff they give away. Kits and juice and mods.

I heard something the other day that stuck with me...it was an article in a newspaper about vaping. The woman said she accidently quit smoking with an electronic cigarette.

I get that! I totally accidently quit smoking. I remember when the doctor put that non-smoker sticker on my medical file, I was totally shocked.

So, if you are a smoker, you should try it. You could accidently quit smoking too.
Posted by Evel at 15.4.11 No comments: