Are you getting tired of hearing it?

I just realized how many posts start 'I haven't been blogging in a while' and I feel ya...its starting to annoy me too.

So, how goes it in butt-fuck-nowhere Nova Scotia? It goes better now that I have my car back from The Boy. His piece-of-shit Focus has been out of commission for more than a year and it is finally drivable. 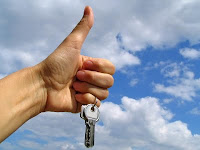 I know that we should have given up on that thing a long time ago but after you spend so much money...well you have to know when to quit, but we didn't. After a couple of grand, I wanted it fixed just on principle so I could 'drive' it off a fucking cliff.
It was just one thing after another and in retrospect, we could have saved money if we had just replaced the motor. Oh well...what's done is done.

I am mobile now, even though I really don't go anywhere and now that I am not smoking I actually have money to spend. A couple of times I actually forgot it was payday. You don't realize how much money you spend on cancer sticks til you quit. I actually have money left over at the end of the month instead of the other way around.

If you are thinking at all about quitting smoking, think about it. Or email me...I will hook ya up.
Posted by Evel at 21.5.11 2 comments:

Slacker? Not by half.

Haven't been doing a lot of blogging lately. Well not here anyway. One of the reasons is the vaping thing...I couldn't just vape. Oh no. I had to create a blog for vaping, a youtube channel, two facebook pages and, of course, get my mug on camera and do an interactive web show on vaping.

The other reason is this f'ing laptop. I hate typing on it...I have man hands and long fingernails, I am doomed.

I was planning on keeping the two blogs separate...but vaping is what I do now and after a year, it is defining me. I never realized how much smoking defined me until I accidentally quit smoking when I picked up the electronic cigarette. I could never do anything without thinking about, can I smoke there or where is the smoking area and how long would it take me to get out to the smoking area. And on and on.

Finally had a show with minimal technical difficulties.

What I like about Mother's Day is that, for me, its not a big deal. The Boy lets me know every day that he loves me and appreciates everything I have done for him. I am so proud of him sometimes that I could bust.

Email ThisBlogThis!Share to TwitterShare to FacebookShare to Pinterest
Labels: family, motherhood, The Boy

Kevin is circling the drain

I named the fish Kevin....because he drinks. (inside joke)