After all the hooplah over this movie I expected more. I was disappointed.

This is certainly no Harry Potter. I just wasn't feelin' it. The chemistry between the leads was, in my opinion, limp.

Bottom line, that was two hours of my life that I will never get back.
Posted by Evel at 30.5.09 No comments:

After a week of hacking up a lung every morning and using a puffer every night so I can breathe in my sleep, I have decided to give Champix a go again.

It did work before, took away the addiction but not the habit. Problem was, I tried it in the winter and I couldn't even get out of my own way. At least now I can leave the house if I want, even if it is just to sit outside on the deck.

Add to that the expense of smoking, I really can't afford to smoke any longer.

We will see how it goes this time.

Email ThisBlogThis!Share to TwitterShare to FacebookShare to Pinterest
Labels: health

A visit to Rads always has some bit of retro and it got me thinking of my favorites when I was a teenager.

Donny, from 1972, I remember putting this on over and over while babysitting.

Cheech and Chong (couldn't find my favorite, which is 'Beaners')

Got a new toy today. 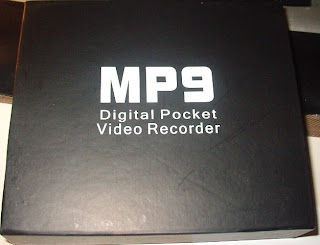 Can't tell you where I got it. Well, I could, but then I would have to kill you. 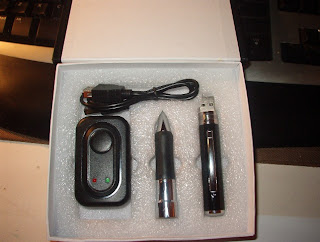 Say hello to my little friend. 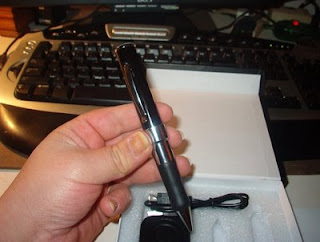 This little beauty is a video surveillance device. Hopefully, I will not have to try and describe the idiocy that I encounter on a daily basis.

I am a friend of Bill.

I believe my crazy addiction faze has run its course.

I don't usually succumb to those sorts of all-consuming activities. Well not since my 36hour HTML coding marathon. I was surfing the net, way back when, and thought I should try this HTML shit. I bought a book and sat at the keyboard for almost 36 hours straight, I think I napped a couple times but it was like as soon as I got to sleep my mind would work out the problem I was having spacing the tables correctly and I would snap awake and have to go right back to the computer.

I guess it happens at the beginning of anything interesting for me. I can't seem to find a happy medium. When the FarmTown thing started winding down, meaning I had the biggest farm I was ever gonna have and more money than I could spend, I started looking at other things that I could do to fill the time between harvests. I dabbled in YoVille and BarnBuddies, but I think I am over it now.

So, what has been happening around me while I was single-mindedly tending to my fake life online?

Well, The Boy got a car, you knew that. But he has yet to move back with his father. Don't get me wrong, I love The Boy, but I was living the life while he was gone. My house was never more dirty than I made it. There was no obstacle course on the way to anywhere (ie: towels, socks, clothes, shoes). There was always something to drink when I opened the fridge and I was never surprised with an empty carton of ice cream.

While he was gone for that year, my power bills were cut in half and now I know why. The washer and dryer have never stopped since he walked back in. He takes two showers a day and has to make sure the bathroom is full of steam (nice and warm) before he even steps foot in it.

He never says where he is going or where he has been and forgets to say 'luv ya' now when we part company. He won't take the garbage out or clean a dish or even just pick up after himself. He goes to school when he feels like it and takes a fit if you say anything about it. And he lies! I am not sure why, but he lies about everything, stupid things that don't even make any sense to lie about. It's almost pathological.

I fixed his wagon as far as school is concerned. If he misses one more day this year, I will have his father cancel the insurance on his car. No exceptions!

So, I am just waiting for TBF to get his shit together and get his house built so the boy can move back. Hopefully I will not be wiped out financially by then.
Posted by Evel at 21.5.09 1 comment:

Coming down off the high. 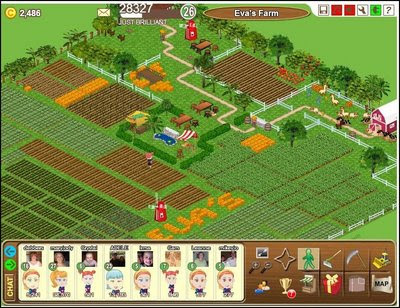 My farm is so big now that I can't see the whole thing in one frame. There is no where to go now, can't expand any more so nothing really to look forward to.

I have a wicked headache, but I thing the addiction has passed.
Posted by Evel at 10.5.09 1 comment: