So, I have been having issues with rodents in my home. Last week one of my usually useless cats had a rat cornered in the storage room. After the initial blood curdling screaming from what I assumed was the rat, all was silent for an hour or so. I figured I would go check to see how much of the carcass I would have to dispose of so I drew back the curtain, the cat looked at me and walked away. The rat proceeds to leisurely stroll out from under the dryer and he was on his way.

Did I mention the cats are useless?

In another area of the house I periodically see a small mouse scurrying under the fridge. If I forget to put the top on the butter he usually has time to eat half of it before I catch him. I know what you are thinking...and I have traps, the mouse ignores them like that cats ignore the mouse. 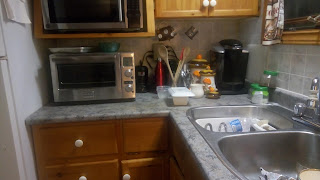 So, this night I made a fruit salad with yogurt and there was one strawberry that was bad so I just tossed it in the sink, I will get to that later. Later came and I was clearing a plate with a fork from the desk and as I approached the sink there he was. The mouse? Rat? Hard to say if it was a small rat or a big fat mouse. Probably from all the butter he was consuming. Anyway...he was fat.

So, as I stand there with a fork in my hand he looks up from the strawberry he was eating and I have clearly startled him. However, startled skinny mouse moves differently than startled fat ass mouse. He looks at me as if to say, "That's just great" drops the strawberry and proceeds to do his version of scurry.

A couple of jump attempts to get out of the sink behind the taps, then a leisurely waddle past the canisters. I know where he is going, I have seen him jump behind the fridge a few times so I have placed a mouse trap behind the toaster oven for just such an occasion. (It does not dawn on me that he had to have come up the same way and he was clearly able to avoid the trap) As he makes his way, the magic bullet is his last obstacle before he is home free.

He leaps once....falls back, jumps again....falls again on his fat ass. Meanwhile, I am standing there with fork in hand thinking....."Go!, get your fat ass over that thing and jump down onto the trap...fucker!"  As he jumps for the forth time he looks back at me as if to say "A little help here?" And what do I do? I take the fork and boost him up and over the magic bullet. I quickly move to the other side of the toaster oven expecting to hear the SNAP of the trap and the screams of agony.

Not happening, a second later he is scurrying out from behind the toaster oven and gives me a glance before disappearing behind the fridge. "Thanks, mate!"

So now we have bonded.

This was not a few seconds of action. This mouse was fat, really fat. He was moving so slow I probably could have picked him up. This whole thing took more than a minute to play out. Now I am standing here like an idiot wondering why I didn't just stab the fucker with the fork.
Posted by Evel at 22.11.18 No comments:

Legal but still not legal.

So, as of October 17th, pot is legal in Canada. That being said, this does not mean everyone can SELL pot in Canada.

Here in Nova Scotia, the Liquor Commission (Government entity) is the only place you can get legal marijuana. Medical marijuana is and has been only legal to purchase online with prescription.

Medical marijuana dispensaries have been around for a couple years, albeit, illegally. Every now and then, over these last years, dispensaries have been raided, shut down and then opened back up. I figure they must have been making a fortune if they could do that on a regular basis considering they had all their product and cash seized.

They get their asses on tv saying 'what will my poor patients do?' They will do what they are supposed to do and get it from licensed dispensaries online. There is literally nothing stopping them from getting it legitimately.

So, Wednesday rolls around and the first customers through the door are asking what strains of 'bud' I have. Really? 'But it's legal'...so is beer but I can't sell that either. Get your head on straight.
Posted by Evel at 23.10.18 No comments:

You paid for that.

My friend walked into the shop the other day with new microbladed eyebrows.

If you don't know what that is, basically, tattooed eyebrows. 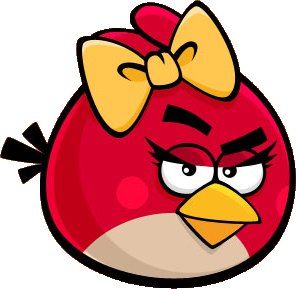 They were too dark and way too perfect. I tried, unsuccessfully, to avert my eyes but all I could think of was 'Angry Bird'. And me, being the asshole that I am, could not contain myself and told her so.

She eventually had to leave the shop because every time her eyebrows moved I lost my shit and could not control my laughter.