I should be ashamed?

Celebrities are always on about the senseless killing of trees. The plight of the ozone, blah blah blah. I recycle only because I am forced to, not because I give a shit.

Anyone who knows me personally will tell you, I purposely fuck up every single bag I have to lug to the curb. The cans always have something in the bag that someone will eventually have to dig out or will make that bag unusable by 'the man'. Something putrid and rotten. Just before I close up that cardboard/paper blue bag I throw in a glass jar, just for good measure. It is my silent protest against recycling. I think its Bullshit.

And if they catch it (they rarely do) they just don't take the bag. They leave me a nice florescent sticker telling me that I fucked up on the sorting. Can anyone guess why? It is because they no longer pay a guy to sort the bags. They don't even open the bags, they pick them up take them back to their storage area where they sell them as raw materials to manufacturers.

So, not only are they making money on this shit, my shit, but I am expected to work my ass off so they don't have to pay someone to sort it first. Don't even get me started on the fact that it now takes 3 trucks to pick up the garbage that one used to handle just fine and that my taxes pay for these idiots to come around and fuck me up the ass.

I have worked it out though. The compost people are even lazier. They don't even look in the bin. They roll it to the truck and hook it on, the truck does the rest. So if the recyclers put a sticker on the bag, I just toss it in the compost bin.

Anyway, on to my point. I did have one. The media paints me as an asshole for not recycling. Tree Killer! Landfill Filler! Like I am single handedly punching a hole in the ozone. FUCK RIGHT OFF! Ya, that giant hole has nothing to do with the two extra trucks rolling down the street.

Explain this. I just picked up a prescription. 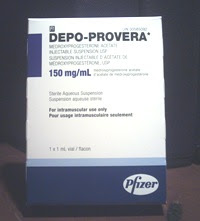 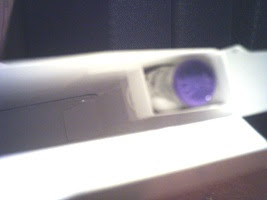 The actual medication is housed in not even a half inch of the entire box. 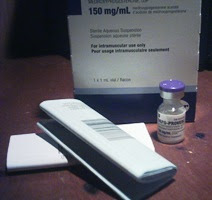 Keep in mind that this shit is not 'displayed' anywhere. The only person that sees this is the pharmacist (who knows what the hell it is) and me who doesn't give a shit what the box looks like.

Does anyone say anything to the manufacturer about the obvious over packaging?

But I get a scarlet letter florescent green sticker for mixing my glass with my plastics.

Probably you enjoy what you are doing!

you always put such an interesting view on things!
I guess that's why here in the USA we don't do that 're-cycle' thing!

Where do you live Nadine... In NY we have to recycle!

Love your point about the medication packaging. I feel the same way about the packaging with A LOT of stuff.

ya know? i was initially a little miffed at you for not wanting to contribute to the "saving of the world" ... but as i read more, i realized you had a DAMN good point. why should WE contribute, when the bigger culprits get away with making it worse?

hi.. i'm living now in Michigan.. and you have to return soda pop bottles for 10cents .. but newspaper etc is optional.. and fun to watch.. cause they put allllll the recycling into one big truck. .. diff states diff towns diff rules. When living in Fl it was funny.. if you wanted to put it in a BAG .. it had to be PLASTIC not paper.. they won't take paper!!!

ugh, don't even get me started on all this environmental stuff.

it's all a bunch of crap. unfortunately, no garbage truck will haul away al gore and all the other morons who actually buy into this b.s.

people who believe in global warming and all this environmental doomsday stuff are very ignorant and uneducated, IMHO.

ok, rant over. for now. off to watch the video link. thanks for sharing!

I've enjoyed this post more than I have any other yet... Hilarious.

Celebs drive me insane anyway. Most of them are lucky to have even graduated from high school, yet for some reason they think their own opinion/idea carries any more importance than my own? I have a college degree. I have my own mind. Celebs can go fuck off.